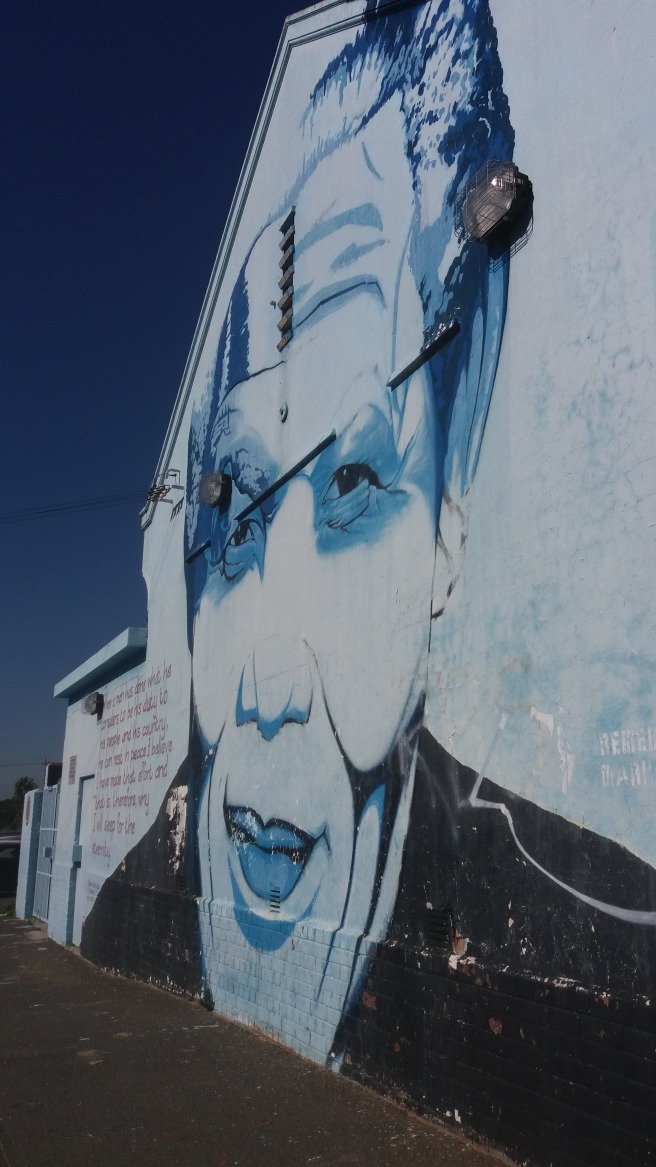 District Six is mostly desolate. There’s a pop of colour in the form of a Nelson Mandela mural on the wall of an abandoned house. Was it not him that said: “Education is the most powerful weapon that you can use to change the world”? He said a lot of things. I had memorised parts of his speeches when I was younger. He was in our history books, on the documentaries played on a loop by the South African Broadcasting Channel (SABC).

I had become accustomed to these walks and was beginning to memorise my new route even though This area seemed to have more graffiti than visible people. I was making the trek up Constitution Street on the left hand side of the road (the one closest to the University of Technology). It was hard to believe there once was houses where this tall institution once stood. I passed the ashen shell of a building that was set alight during students protests last year. I had never seen a burnt building before. Buildings bore the scars that people evaded (if not demolished), whereas people bore the scars where the houses were decimated.

I spotted a group of primary school children walking on the other side of the road’s pavement. It looked like one of the boys was attacking the other. Little scrawny arms flapping. I crossed the road and stood watching them, hoping they’d notice me and stop

The boy stuck out his index finger and thumb as if to make a gun with his hand and pointed it at the other’s head. “I must bring a hammer next time,” he said, in a menacing voice that seemed to belong to someone else.

The rest of the group laughed and half-heartedly attempted to separate the fighting boys.

I stepped forward and spoke what I had been thinking all along: “Do you know what will happen if you use a hammer in a fight?”

“We were just playing…” the boys said, with a prebuscent smile.
On my way back, spray-painted Mandela stared at me with lifeless eyes.